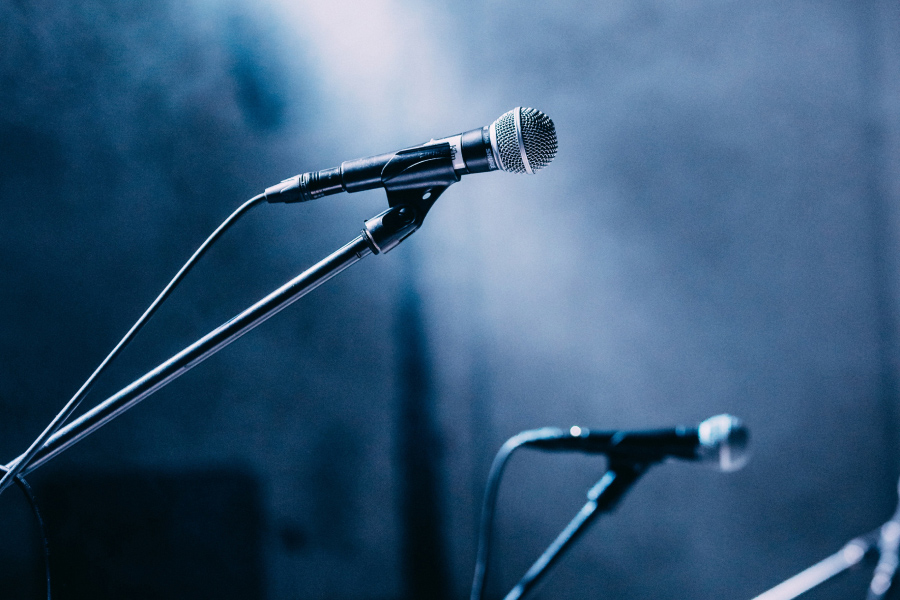 In each musical genre there are artists and compositions that mark  before and after in the world conception of them. These are people who, with their art, help us to understand and feel music, creating, improvising and risking.

It occurs with music from different periods and styles. But lets go to where we belong, to what moves us, Flamenco, of course.

Without detracting from the rest of musical genres, Flamenco is the most powerful music in this sense.

There are songs that seem to have been composed for oneself, as if the author knew us. The identification we feel when listening to certain songs is so great that sometimes it is inevitable to get excited.

Do you happen to have any of the selected?

The magic de Camarón, Paco de Lucía y Tomatito.
The unquestionable virtuosity of Paco de Lucía and the dominant voice of Camarón de la Isla create Como el Agua. A declaration of love and good intentions from a humble and devoted position. A metaphor in which admiration for the other and the elements of nature merge. Camarón achieved unanimous success with his music, made the revolutionary flamenco of the time, being able to merge with other musical styles such as jazz or rock, which included other great artists such as Kiko Veneno or Tomatito. The latter intervenes with his gypsy guitar in Like Water.
How many Koreans, Australians and other nationalities have been moved in their first contact with flamenco? How many lovers of this art reinvent themselves and live flamenco again and again with the same intensity?

Flamenco is a universal language. It doesn’t understand about gender, age or nationality.

The King of the Gypsies made Flamenco more accessible

More about José Monge Cruz (Camarón)
That blond gypsy called Juan José and nicknamed Camarón marked with all his music a new starting point in Flamenco. He has been and will be a reference for all the cantaores and cantaoras (flamenco singers) in history.

None of his songs avoid our attention and emotion: La leyenda del tiempo, Gitana te quiero, Viviré or Volando voy are some of the first flamenco songs to introduce new sounds that, accompanied by this unique voice, get under our skin no matter how long time goes by. Soy gitano is the name of the first Gold record in Spain for Camarón, with more than 50,000 copies sold when it was released. Camarón recorded these tangos with the London Symphony Orchestra. A kind of hymn of joy and vindication of the culture and gypsy race. The lyrics scream and ask for moral and corporal liberation «Soy gitano» includes in its lyrics millenary expressions from Rajasthan (India). Frequent expressions in the flamenco world such as “Me parto la camisa”, the origin of it goes back to gypsy weddings, once the bride has been proved to be virgin with the handkerchief, the patriarch breaks his shirt in honour of chastity, then the rest of the men who are in the ceremony perform the same action. To them, this gesture is a symbol of pride. Another of the expressions that appear in “Soy Gitano”, and which is curious when analyzing, is that of “me tiñeron la camisa“, also referring to the proven virginity of the bride, when after performing the tradition of the handkerchief test.

José  el Francés, Niña Pastori y Vicente Amigo. This trio interprets in “Fuera de mi” joy, passion and purity resulting, this marvel of song that narrates a sad story invaded by jealousy and the first heartbreak suffered. And that in turn, tints the atmosphere of joy and restlessness.
José el Francés is an internationally renowned cantaor flamenco. He was born in Hérault (France) in a gypsy family of emigrants, his real name is José Rodríguez Vázquez. He always had flamenco around him, although he tried to follow his father’s profession as a painter. Finally he started with cante, cante jondo sometimes mixed with pop structures. And it didn’t go unnoticed. Between 1992 and 2009 he recorded six albums and numerous collaborations with other great artists. José el Francés has had an artistic career tinged with successes and misfortunes, always remaining in the flamenco universe.
On the other hand, we have the great Niña Pastori or María Rosa García García. A whole life dedicated to flamenco, in continuous evolution. La Niña Pastori has deserved and worked success that all her colleagues recognize. Not only her voice makes this woman unmistakable, but also her humbleness and the inherent art she has to communicate, not only singing.

Niña Pastori's voice has unmistakable harmonic abilities and is both sweet and wild, a gift from nature.

Any Niña Pastori theme is worthy of being included in this list: Dime quien soy yo, A la orilla de mi pelo or the biggest bulerías Estoy aprendiendo a vivir, are some of her masterpieces. But we have chosen the song she performs with José el Francés and one of the best guitarists in the history of Flamenco, Vicente Amigo. A perfect song, don’t you think? And, what can we say about Vicente Amigo? This Sevillian raised in Cordoba is known worldwide as one of the best guitarists in the history of flamenco. He has composed inspired by great poets, accompanied by the greatest international artists and has driven his art left and right. Thanks to the marked beats, the excellent combination of voice and toque by these three flamenco virtuous artists make “Fuera de mi” an exciting and catchy song.

José Mercé, referent of Flamenco
Named José Soto Soto, José Mercé was the first gypsy to perform at the Teatro Real in Madrid. A lifetime dedicated to flamenco singing that began in the flamenco tablaos, where the beginnings of the flamenco profession are undoubtedly present. His first album, Bandera de Andalucía, was recorded accompanied by the great Paco de Lucía. A ripped and huge voice that reaches inconceivable levels. And has nourished flamenco for half a century. His own creations inspired by personal experiences capable of touching a diverse audience.

A bulería that excites half the world

The song we have chosen is a bulería, from one of his three platinum albums, Lío. It was born in 2002 and leaves us all speechless. A lyrics that motivates body and mind, it speaks to us about the passion and uncontrollable desire that emerges from the love between two people. Full of compliments and confessions dressed up as comparisons of light and assured hope.

Lole y Manué
The marriage between Manuel Molina and Lole Montoya marked a new starting point in the music history. Although these artists were “Más flamencos que un lunar“, their art was inspired by great references from other genres such as The Beatles, Janis Joplin and The Doors. Without planning it, they gave way to the beginning of Andalusian rock. The introduction of the mellotron, the changes in rhythmic and harmonic bases or his peculiar way of interpreting the Andalusian cadence (term adopted from flamenco music for a chord progression) made Lole and Manué immortal. Before settling down as Lole and Manué tried their luck with Jesús de la Rosa, and although the relationship was good, they had very different ways of interpreting and living music. So, the couple abandoned what would later become Triana, another of the great reference groups for Flamenco, without a doubt. “Todo es de color” is a distinctive song in all senses. One of its peculiarities is that the two groups, Triana and Lole and Manué, shared the song in their first albums, both conceived in 1975.

The same theme and different lyrics.

Triana’s version is less than three minutes long, introduces real sounds of nature and ends with the voices of a religious choir. A transgressive bet, which curiously did not have the success obtained by other songs from the same album such as Abre la puerta, En el lago or Sé de un lugar. Todo es de color by Lole and Manué, it’s quite different. They claimed in their speech that the main intention of their music was to show the happy face of flamenco, the experiences and real colours that make up the essence of the Andalusian people.

From Sevilla, revolutionaries and brave when exploring artistic creation

And they got it. In his music we can approach the revelry and joy of the white houses of Andalusia, with pots on the balconies and chairs at the doors. It is entertaining to discover these resonances through the quejíos and compliments of a voice as purely flamenco as Lole's, accompanied by her husband's guitar, under the premise of lyrics that are authentic poems

Let’s take care of flamenco with the affection and love with which we have done it until now. This is the only way to keep it alive. 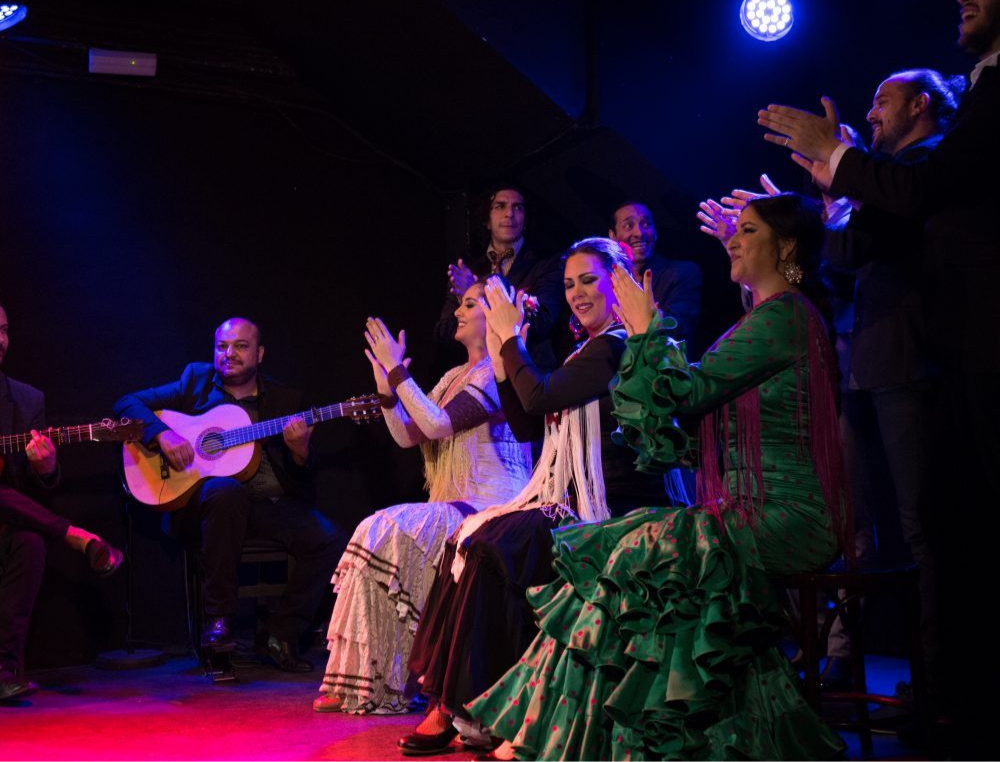 The best 6 Flamenco shows in Madrid

Meet with the majesty of flamenco and its contention in the tablaos of the capital of Spain.[:es]